I’ve heard many authors at signing events respond to someone’s gushing praise of their work with a rote rendition of, “You are very kind.” The use of the word kind, in this context, devalues it. We are not being kind when we show someone how much they are appreciated, we are being grateful. I wish we could see acts of kindness more often. It is not something that is regularly practised, yet when we see someone helping another who has stumbled we recognize a kind heart. I believe in kindness as a form of love. If more readily applied in our behaviour it can improve life on earth.

In University I studied Life Sciences, particularly wildlife biology. I became familiar with the work of Carl Linnaeus, a scientist who developed a system of classification of living things based on precise particulars of biological design. I had fun sorting specimens into well defined categories by kind, using observable physical characteristics. These days it is much easier and more conclusive to use DNA to sort living things. Consequently we have discovered that some species are closer kin than we could ever have imagined.

Some people say they have a kindred spirit, someone so close to their kind of thinking/feeling that they form a bond. The fictional character Anne Shirley, of Green Gables fame, talked a lot about this kind of friendship. While she gathered kindling for the wood stove she had thoughts of becoming less isolated as an orphan and more kin to the kindhearted community that would become her home. Author Lucy Maude Montgomery writes beautifully of a time where manners and kindness abound yet her stories are not all sweetness. She doesn’t shy away from issues found in a closed society. For example, she exposes Avonlea villagers who could be quick to tell outsiders to “Go home to your own kind!” Since the first printing of Ms. Montgomery’s widely popular stories, there has been numerous interpretations. The latest in Canada is ‘Anne with an E’. This television series is so charmingly sweet it could kill you with its kindness.

Babies, like birds, quickly show they prefer to flock together. Kiley Hamelin has done research work at the University of British Columbia showing that even young babies can sort puppet identifiers according to whether they are helpful or not. They can determine the kindness in others at a very early age, suggesting that figuring out who is kind among us may be a matter of survival and integral to forming bonds of friendship and family.

In British Columbia, Canada, residents have been lucky to have a Provincial Health Officer named Dr. Bonnie Henry. She is held in high regard for the work she is doing to control the spread of the COVID19 virus. At news briefings she is not afraid to show her humanity, often crying over grim news,. Her advisories and updates on the pandemic usually end with a familiar mantra, “Be Kind, Be Calm, Be Safe.” Indeed: Kindness comes first. 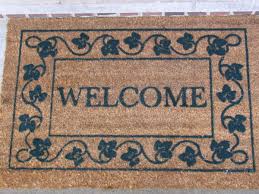 Some words fall out of favour in the English language. I was talking to an inn keeper recently and commented on his facility being so hospitable. He was flattered and said that he and his wife had made it a point, when they bought the place, to make hospitality their number one responsibility. And it showed; not only was the location of the lodge immaculately maintained but the gift of personal service could be felt from the first greeting. I’m in the habit of using the internet travel site Trip Advisor so I gave the hotel a glowing review.

I’ve never travelled extensively in the lower United States, yet I’ve always heard talk of their ‘southern hospitality’. Perhaps the phrase is a boast from the days of rich, White plantation owners. It must have been easier to look after guests due to the prevalence of slave labour. Also ironically, the word Hospitality comes up in several obscenity laced rap songs performed by Black artists. Check out Ludacris: https://www.youtube.com/watch?v=2QWQVm9J5DM

As an act of service, hospitality is not restricted to hotels and restaurants. I would say our village grocery store provides the highest standard of hospitality from produce managers, butchers through to check-out workers. It’s not an easy job to maintain customer satisfaction, especially when shoppers themselves can be less than hospitable. When coronavirus restrictions were first implemented in our region, I was surprised to see ‘essential workers’, like grocery clerks,  being applauded with banging pots during the evening yet later criticized in newspaper ‘letters to the editor’ for insisting on a fair wage. Some hotel workers in our district actually went on a hunger strike to keep the focus on their plight of being poorly compensated. Many wondered why the cheerleading of these essential workers had receded like the tide. I imagined someone inhospitably suggesting, “OK. Crisis is over. Now get back to work.”

No doubt, the hospitality industry has been hit hard economically with the realities of the Coronavirus Pandemic. Some governments and corporations have recognized the need for financial relief for the workers who have been laid off as a result of closures and health care compliance. I have applauded initiatives where the most needed members of our work force have been provided financial as well as moral encouragement. I believe a guaranteed income for all is a way that governments can show that hospitality works both ways.

It would be inhospitable of me not to mention hospital workers. When we have the need to go to a hospital we expect a level of care above what even the best parent could provide. Only once have I experienced disappointment at the hands of a medical professional. Every hospital worker throughout the world has faced pressures beyond anything I would normally complain about, pre or post COVID19.  Our society venerates hospital staff but doesn’t always provide the resources necessary for optimal care. This pandemic has reminded us of the importance of caring for others, of being hospitable, as a first response to our neighbours.

Someone who has an opinion is often thought to be judgemental, now that’s an unfair judgement. In fact I believe the word Judge needs a hard look before we jump to conclusions regarding a person’s intent during a conversation. I think evaluation is appropriate. It keeps us safe from dangerous situations and people who may wish to harm us. Judgement implies sentencing and I’m not for that. Society sometimes has to judge and individuals who are authorized by governments to make judgement must tread carefully, lest their judgement ends up doing harm. In my experience judgement can lead to abuse.

For example, I may be walking in the wilds and come across a bear. I have heard that bears are dangerous, shouldn’t be fed and may strike out when cornered. My personal conclusion is to give bears a wide berth. My evaluation may suggest bears and I have to find ways to co-exist. That would be my preference. It would be wrong to judge, that because of my evaluation, all bears must be killed or be put in cages.

I have been in conversations where someone has said, “Now don’t judge me.” This usually means that the person is not sure how I would feel about their behaviour. I have to reassure them that I’m not here to judge. I might jokingly say that they are in luck because I didn’t have my gavel with me that day. Or I might refer to Sammy Davis Jr. posing as a judge on the television show Laugh-in and uttering what would become one of comedy’s first memes “Here Come Da Judge! ”https://www.youtube.com/watch?v=3hIcKkKID8k . Hippies might have said, “I don’t care about your behaviour, just don’t hurt anyone.”

Polite manners of speech often force us into thinking along the lines of judging or being judged. Too bad, since once an emotional line has been crossed both sides stop trying to come to a mutual conclusion. A threat has been perceived, thoughtful exchange degenerates into shouting or worse. When an evaluation can come about as a result of full participation then no judgement is really necessary, only planning together for resolution of the original problem. No further protest is needed since there is a will to rectify rather than justify.

I’ve been shaped by film as some people are shaped by books or influential mentors. One of the themes of A Christmas Carol (1951, starring Alastair Sim) is judgement. In a memorable scene at a rag shop, characters gather to talk of their employer after his death:

Charwoman, “Why wasn’t he natural in his lifetime? …If he had been, he’d have had somebody to look after him…”
Mrs. Dilber, “It’s the truest word that ever was spoke…It’s a judgment on him.”

This scene is the clincher. Lucky for Scrooge he is given a view of his selfish, misguided life while he still has a chance to change it. He sees the truth in his charwoman’s statement, not in judgement, but in genuine curiosity; “Why wasn’t he kinder?”