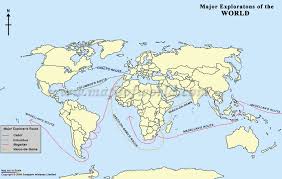 Any Star Trek fan will tell you that The Prime Directive is the primary consideration whenever contact is made with another life. I’m priming the metaphorical pump here, when I suggest that this fictional Star Fleet Regulation is relevant to current discussions surrounding colonialism. In our real world of the late 15th century, explorers were faced with similar moral dilemmas yet were emboldened by The Doctrine of Discovery to claim whatever land was found for God and Crown. Aboriginal land was considered prime real estate by powerful naval nations. The expectation was to expand the Empire, fully sanctioned by the powers of the day. Living things, including fellow humans, were either considered in the way or resources to be used by the conquerors. Settlement and extraction of wealth was the prime directive. Throughout the world there is currently a renewed accounting of the results of this maniacal arrogance.

It’s enough to make anyone want to give a Primal Scream. Countless millions of lives lost like so much prime beef: Disregarding, dismissing and debasing fellow humans by renaming them as Primitive. Disgusting! Impossible to escape from the reality of man’s inhumanity to man. Seemingly impossible to reconcile the idea of human progress with all that degradation. Information we were fed in schools is sanitized through the lens of the victor. In my experience, public schools in the 1950s and sixties did not promote diverse historical viewpoints. In the countries affiliated with the British Empire, the pink area on old maps, we were taught to honour the establishment of the colonies. We traced maps and learned of benevolent conquest. We wrote essays about the captains of tiny ships who sailed through impossibly vast seas. Between the lines researchers can reveal grasping power hungry individuals, corrupt systems, antithetical religions and evil societies. The injustice has always been there and new evidence of it is being brought to light everyday. Truth is being spoken. Secrets are being exposed. Lies are being challenged. Apologies are being made. There is a demand to have these errors acknowledged by current governments.

And still the primal patterns of power and racism continue.

I dream of a world where we are united by discovery and share what we find. Our planet suffers due to our selfishness. As shepherds of the Earth we are failing to unite around a common healthy cause. Primarily we seek to serve our own needs regardless of the consequence to others. It seems a grim reality, an inconvenient truth even, that our primary function is to satisfy our urges. I’d like to believe that science has the answer: a Unified Theory of Everything as envisioned by the likes of Stephen Hawking. I wonder if there is a place of thought where it’s understood that individuals are like prime numbers sometimes and composite numbers at other times. Yet it’s impossible to dream up an appropriate metaphor for what it means to be human. We don’t fit into Number Theory. We have names. We are far from being mathematically perfect. We are all united by life.