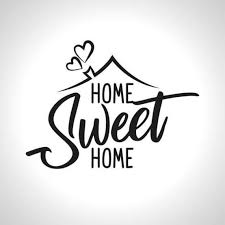 I am a person who loves his home so much that he calls it his sanctuary. I’ve been called a homebody. Perhaps being a white guy I can’t call myself a homeboy but I wouldn’t mind if someone called me a homie. Settling into a comfortable homey space, with a book and beverage at hand, is a sigh inducing event. The cliché ‘home is where the heart is’ could be my bumper sticker, needlepoint pillow, memorial bench plaque or business card accent. When Dorothy awakens from her trip to Oz stating, “There’s no place like home.” I can affirm it.

After my retirement from a teaching career, my wife and I thought we could roam about in a home on wheels, being of no fixed address. I got uncomfortable with that romantic ideal pretty quickly. Our next adventure was managing a condo as live-in janitors. I soon found out that my definition of a home was different from other folks. I got frustrated when the owners didn’t take care of their property with the same enthusiasm or respect that I always had for my own home. It seemed like an injustice to clean up after these people misusing their common space in the building whilst outside on the city street homeless wanderers were hunting for any corner that offered warmth.

An enduring memory I have of my childhood is floating in an army surplus dinghy off the coast of Maine. Fishing there with a friend would come to a close as dusk made the sky a deep royal blue along the shoreline. The lights of the beachside cottages would click on bringing a warm orange glow to spaces within. That thought never fails to bring on a yearning to get inside, safe and away from the approaching darkness. It’s the vision that comes to mind whenever I read the idiom ‘home and hearth’.

I recently had a conversation with a young fellow who had moved frequently within a short span of time. I asked him what home meant to him. He described the physical structure of a house or apartment was not the same as the feeling of home. The conversation had many silent moments where I wondered if he was homing in on the quintessential thing that made a home, a home. He went on to tell me that he had a future wish that his perfect home would include a loving family, a place for a BBQ and a big screen television set. He was describing some things that brought him comfort and security, things that he felt he needed to complete the picture of his home. At least in his head, at least for now.

Ravens take the role of homing pigeons in the television series, Game of Thrones. They carried messages and were rewarded with food and safe haven. A homing pigeon knows what a home is. When he finds it I can imagine he feels just as I do when I take in the peace I recognize in my abode.

I am a lifelong writer, published in newspapers, magazines and personal journals. Writing is necessary to me: It's a way to stretch my thoughts, reach out to the world, offer an opinion and record my passage. I take joy in words as other artists express themselves through dance, acting, sculpture or paint. A single word can evoke powerful visions. I see life as a celebration. Like all humans I am complex and curious even while some have called me conventional. I practise a self invented philosophy: 'Awelogy'. It's a work in progress just like me and this blog, now with over 200 pages of thought and ideas. I love finding out what others think on this site or in my Twitter world @wh0n0z. Find me, follow me, join me in a virtual conversation. It's a positive way to build the great, vast realm that is human consciousness. View all posts by catchmydrift.blog