Follow Catch My Drift? on WordPress.com
Join 395 other followers 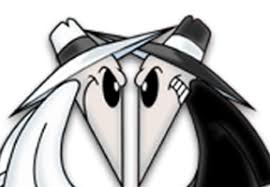 When is a spy different from a whistle blower? Or an investigative journalist for that matter. When we think of spies we think of deviousness, subterfuge, plotting and secrets to be discovered. There’s irony here: A spy is asked to uncover things whilst doing undercover work. A spy has to keep a secret in order to unearth one. The side that has the spy network is happy when results are obtained, the other side shows disgust that their privacy has been invaded. Spying rarely produces the win-win scenario much sought after in modern international politics.

The Cold War, begun in 1947 and not really over until the dissolution of the U.S.S.R., was originally about maintaining a balance of power between potentially warring nations. In order to achieve that, everyone had to be on an equal footing so espionage was an accepted practise. Some spies were imprisoned, if caught. Some disappeared. Many, like Sir Anthony Blunt, despite being considered a traitor by his countrymen, was not prosecuted due to the sensitivity of his proximity to the British Royal Family. https://www.youtube.com/watch?v=HFl7NdzOOZg&list=PLkmRedTjok3Sfpkq9AhhCXHr675gI9RJd&index=52

As a young fellow I loved reading the short graphic tales in MAD Magazine called Spy vs Spy. https://www.youtube.com/watch?v=onR7PD3Grc0. The cute characters, one white and one black, would basically chase after each other, laying traps, throwing cherry bombs while neither came out the clear winner. When I was older, my dad introduced me to Ian Fleming’s pulp fiction tales of James Bond. When the film franchise began I knew from the start I would be a life long fan. My mother relished being a sort of spy. She enjoyed ferreting out weaknesses in people and then holding the information, ‘over their heads’. She was once a personal assistant to a private investigator and went on stake-outs that my father frowned upon, until he was needed to pose as an ‘Englishman’; a role he played during a tense weekend in Hell’s Kitchen, a sketchy part of New York City.

We live in a time where security cameras are common. Privacy is hard to find, yet we expect transparency in government and business. Corporations might lose their new product’s edge if a design secret or release date becomes common knowledge. A brave few who work in industry, the military or in politics feel it is socially responsible to reveal insider information. Jeffrey Wigand may have singlehandedly changed the way North Americans thought of cigarettes. Journalists Woodward & Bernstein told Mark Felt’s Watergate story, which brought down a U.S. President. Daniel Ellsberg, Karen Silkwood, Juliann Assuage, Bradley(Chelsea)Manning, Edward Snowden are familiar names of people who have revealed truth to the public.

Whistleblowers, like spies, are frequently vilified yet they report they are acting according to their conscience. Even though the ‘top secrets’ exposed are shocking/dangerous/controversial, the informers feel they are acting in the public interest and fulfilling a personal directive that supersedes conventional authority. History may reveal the rightness of their tales, but at the very least we can be grateful for their courage.

There is a difference between being alone and being lonely. I was taught early on, by circumstance and by design, to enjoy my own company so I rarely feel lonely as a result. As a young boy, I spent a lot of time going on imaginary adventures while roaming the neighbourhood creeks and woods. I’d be Robin Hood in the summer and in winter, when the plow made snow mountains in our parking lot, I would pretend to be George Mallory or Sir Edmund Hillary scaling those impossible peaks.

One of my early favourite comic books was about Lancelot. When I wasn’t head first into tales of the Knights of the Round Table, the television was a third parent. I was enamoured with the exploits of The Lone Ranger. He was my first TV hero. I loved running around the house yelling, “Hi Ho Silver! Away!” https://www.youtube.com/watch?v=hxIuIxqo2So
I usually enjoyed serious stuff over comedy. I recall being drawn to an angst ridden film starring Tom Courtenay called ‘Loneliness of the Long Distance Runner’. https://www.youtube.com/watch?v=XXMS5ZXKvYA .
‘Then Came Bronson’, a short lived series based on a man traveling around on a motorcycle all by himself, also captured my attention. https://www.youtube.com/watch?v=bYsztoaU9Ls
Later I enjoyed novels and short stories that contained characters who defined the theme: one person facing challenges alone or, at the very least, on their own terms.

Having such a childhood pattern of being on my own naturally led to me being perceived as a loner in high school. I had a group of friends during those years but I was never a part of that IN crowd that many aspire to during adolescence. I hear my mom’s voice when I reflect on those days. “Don’t be a sheep.” she would say. My classmates never treated me with suspicion for my lone wolf status. One year I was valedictorian for my cohort and I often won public speaking contests, so I wouldn’t call myself shy.

Solitary figures in history cast their spell on me as I grew older. The imposter story of Archie Delaney, or Grey Owl as he wanted to be known, fascinated me as I was reaching into adolescence. The exploits of solo sailors Robin Knox-Johnson and Robin Lee Graham enthralled me. I wanted to have an occupation like Jane Goodall where I could be left alone in the jungle interpreting my own wonderings about the world around me.

Texas calls itself the Lone Star State, perhaps because collectively the settlers there wished to distinguish themselves from Mexico or even the rest of the United States. Likewise, I was never frightened by my inherent separateness. I have used my independence to define myself, while still valuing those I let close to me. After reading the book Quiet by Susan Cain it became clear to me that introverts have a role to play. ‘One’ doesn’t have to be the loneliest number after all. https://www.youtube.com/watch?v=d5ab8BOu4LE

I like being silly. Silliness is a part of me that rarely sees the light of day because I am such a serious person. When I get silly, people are often unsure whether to believe what I have just said so I will have to reassure them that everything I say isn’t to be treated as gospel.

My silliness is usually verbal. My late wife once called a halt to a family card game because I had started a series of silly sounds with our young sons that went on and on until my boys and I were in tears of laughter. I think silliness may be a guy thing. As a form of humour, silly ranks up there with slapstick. The Three Stooges: Adults acting as kids. What’s not to like? These comics were physically funny and goofy at the same time. As a kid I couldn’t get enough of them. As an adult, I marvel at their comic timing and visual artistry.

Being a self conscious individual and quite reserved in general, it’s no wonder friends and family members have taken umbrage when I let my silly out. There are some seeming contradictions to my silly side. For example, I don’t like Halloween or any kind of charade game. I feel badly when I’m teased and work hard not to tease others. Romantically, my enthusiasm can be construed as silly, but then love can be senseless and beyond rational explanation, so what’s wrong with that? https://www.youtube.com/watch?v=fK5oJcn99d4

The mood has to be right for me to feel comfortable being foolish. I have to be as malleable as a blob of Silly Putty. At my most absurd I am likely overtired. That’s when my funny bone is most sensitive to suggestion so an outrageous video can be very cathartic. Stand up comedians often rely on silliness to drive their sketch. A good performance will reveal just how crazy we humans are. George Carlin tops my list of artists who can make silliness seem sensible. His intellectual manner shone through even while he made endearingly goofy faces. Robin Williams was a master of showing the beauty of keeping the child within from being smothered by the responsibilities of adulthood. Time after time he would delight me with his silliness. https://www.youtube.com/watch?v=pmqmyYRi-lU

Responsibility can be a burden more lightly born when mixed with a dash of jester-ism. That’s likely why rulers once ordered fools to be amongst their court. The troupe Monty Python is clearly an example of using comedy to make the powerful look silly. https://www.youtube.com/watch?v=BoIdEjdZIls

Sarcasm is hurtful, yet silliness can’t possibly harm. An act of silliness may disturb someone’s sensibilities yet I say, “Get over yourself!” I herald those who can pull off purposeful irreverence through a silly reference. Sometimes a sound like a snort, well timed, can reveal the snobbery, the stuffiness, that too often comes with polite society. Kudos to those brave enough to bring others, too serious for their own good, to a heightened awareness of the value of nonsense.