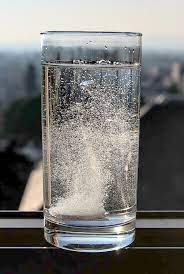 “I’m sick and tired of this mess.” My mom used to moan before collapsing into our chromed kitchen dinette set. She was referring to her very existence, I came to learn, as she asked me to sit beside her while she smoked cigarettes and figured things out. From a very young age I got the idea that sickness has an emotional component.

Sick seems worse than ill; it’s more violent at least. There’s often vomit involved. We remember, vividly, all the times when we have been really sick. On a return flight from Europe my wife and I were served a rice dish that seemed a bit off. Within an hour of eating, my tummy was a gyro of gurgles. Then I got seriously nauseous, taking several runs to the tiny airplane bathroom, then retching in my home airport after disembarking, only to continue vomiting after the long taxi ride to my house. Somewhere in that mix diarrhea was involved. For a long time after that I was sickened by the thought of rice. The slightest inkling of a sickening feeling sent me running for an antacid.

Cleaning up after another person who spews is the highest calling. Contents of one’s stomach should never be seen. Puke is disgusting. Bile is worse. I watched a film recently where a character was breaking off their relationship to their friend saying, “You sicken me.” She acted as though she was throwing up as she was delivering her line. I got the point and so did the boyfriend.

One of the quickest ways to stop feeling sorry for yourself is to consider the spectrum of health. We’re not always able to label our illness but we sure can tell a story of someone who was sicker. We judge sickness. Perhaps that’s why it’s hard to call into the office saying we can’t come in because we don’t want someone else second guessing our self diagnosis. There may be whispers of shirking one’s duty to the company. Long Term Covid may change attitudes regarding the sincerity and necessity of health care needs.

My first experience with health trauma occurred when I was fourteen. My sister was riding a bicycle and was struck by a car. She was rushed to Sick Children’s Hospital where she was treated for multiple injuries. She was in a cast for a long time and she had some long term issues that affected life for the whole family. Watching her recovery from the accident gave me a new perspective on priorities. I think the incident made me less likely to complain about the little aches and pains of life. It stiffened my resolve to see the other person’s situation clearly before forming an opinion.

My mom would regularly declare that she was sick to death of a situation or a person. Time after time she pulled herself out of her funk: Not really a complainer, yet always a bitch. I wonder if repetitive negative emotion does us in eventually. Let’s call it ‘Death by Crankiness’. What a way to go!

I am a lifelong writer and teacher. My work has appeared in newspapers and magazines. Writing is necessary to me: It's a way to stretch my thoughts, reach out to the world, offer an opinion and record my passage. I take joy in words as other artists express themselves through dance, acting, sculpture or paint. A single word can evoke powerful visions. I see life as a celebration. Like all humans I am complex and curious even while some have called me conventional. I follow my father's belief that everything can be awesome, if you choose it to be. I'm a work in progress, just like this blog, now with over 200 pages of thought and ideas. Social media, like pen palling or ham radio connections of yore, can be a positive way to build that great, vast realm that is human consciousness. Leave me a comment if you are so moved or reach me in the Twitter world @wh0n0z. View all posts by catchmydrift.blog