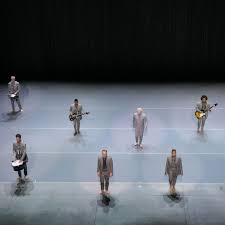 I miss performances. The COVID19 pandemic has created an environment where culture has been a victim. China’s lunar new year holiday celebrations were affected. Italy and Spain curtailed their street cafe traditions. European countries lost their football community. I have a friend who lives for sports and he mourns the absence of watching a high performance team. He and I were both shocked when the summer Olympics in Japan had to be cancelled. What a blow to all the athletes who were robbed of the chance to perform, after years of practise, for a coveted medal of Gold, Silver or Bronze.

A large part of my enjoyment in life comes from attending a play, a dance or musical performance. I’m always awed at the work it takes to bring a piece of art to the stage. It’s thrilling to witness a one of a kind performance. I take great delight in watching young artists get their first taste at a role. When I was in elementary school I took part in public speaking competitions and my sister excelled at baton twirling. Together we once auditioned for a youth talent competition at our local television station. Our parents would admit, after we came off the stage, that they experienced sheer terror over a potentially bad outcome. We were just delighted it was over so we could go to the promised dinner and movie.

We have a performing arts college in our community and many theatre companies ask the students to perform with more veteran actors as part of their course work. These shows validate the effort it takes to make a performance count for something special. I wonder how these student actors will realize their dream of performing in front of a large audience, when large crowds are scary places to be, even while a death dealing virus is on the loose.

The most uncomfortable times in my teaching career were when I had to undergo a mandatory performance review. Working with senior teachers during the practice teaching sessions at Teacher’s College was tense enough, but being under the watchful gaze of a principal for a week created performance anxiety. Even when I felt I performed well it was hard to deflect the feeling of judgement. Performing artists must have very thick skins.

Television can fill the need to watch performers showing their skills. There is a plethora of talent shows on all major networks right now. The monotonous commercials get in the way of me engaging with the backstory behind each performer. Sometimes I tire of the need producers feel is necessary for me to know the details of each of the artist’s lives. Like a magic trick, sometimes I just want to be amazed by the performance, without knowing the details of how, why or what came before it.

I was recently moved to tears by this work from the genius of Lars Von Trier. The power of performance is breathtaking, the magic of creativity is spellbinding, the result is inspiring.

These blog postings are a way to stretch my thoughts, offer an opinion and record my passage. I'll be faithful in sending out a piece every Monday. Let me know what you think by clicking on the site button. For other daily writing burps, visit my tweets @wh0n0z or check out my travel writing at Trip Advisor under https://www.tripadvisor.ca/Profile/RobertMJThompson View all posts by catchmydrift.blog