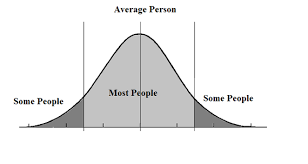 I’m challenged by this word right now. I’m looking for anchors as I am being swept into the whirlpool of opinion regarding the New Normal. My previous definitions are lacking the clarity they once had for me. I feel like my brain might be labelled Abby Normal as interpreted by Igor in the film Young Frankenstein. https://www.youtube.com/watch?v=C9Pw0xX4DXI

Sometimes I surrender to the unknown cauldron of noxious bubbling stew that can be life, by placing it in a corner where I can keep an eye on it. On these days I’ll settle into a favourite chair with a book and a heating pad. As I reflect on written works presented by an array of authors, I lose my anxiety while a multitude of characters play out theirs. One magazine article recently suggested that PTSD sufferers most often complained that their life no longer had any semblance of normality. In all seriousness, I can relate.

Normally we go about our lives with a routine. Even if it’s an unhealthy routine it can have some satisfaction because the elements don’t stray far from the norm that we expect. That’s one of the reasons that change can be so frightening: Because it goes against the norm.

The question of what is normal can be as perplexing and profound as asking what is the meaning of life itself. These questions become more overwhelming when everyone is experiencing war, famine or pestilence. Under normal circumstances I’ve built my days around my comforts and my knowns. The current and inconvenient truth is that now I feel less comfortable and I find I know less than I thought I did. Searching for a state of normalcy is exhausting. It is not in my nature to go with the flow or leave things to others. I’m not one to fly by the seat of my pants. I resist the possibility that I might find out something later. I’m normally known by my loved ones as being the man with the plan. I don’t want to wait and see what might happen without considering all possibilities and probabilities, thereby establishing a normative approach to life. This makes me feel more confident when it comes time to take that next step, even if it is a baby one.

Maybe the so called ‘new normal’ is really a version of the paranormal. Funny how there is a resurgence of interest in UFOs and aliens. Real XFiles are being released from security vaults distracting us from the real horrors of our present; ie, Climate Crisis! The highest grossing films have fictional characters that are definitely super normal. These comic book super heroes are depicted as saviours. They may be bringing us more comfort than we like to admit. Establishing a feeling of normality can come after data collection. I like my experience being placed on a spectrum or a Bell Curve. I’m mathematically challenged so a graph brings me perspective on what is normal or what is fringe. My life, graphically, feels like that kind of wave.

These blog postings are a way to stretch my thoughts, reach out to the world, offer an opinion and record my passage. I take joy in words as Art. They can evoke powerful visions. I see life as a celebration. Like all humans I am complex and curious even while some have called me conventional. I'd like to invent a new philosophy: 'Awelogy'. It's a work in progress just like I am. Let me know what you think on this site or join me in the Twitter world @wh0n0z. Let's have a virtual conversation. View all posts by catchmydrift.blog