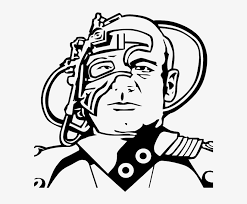 I can confess to being consistently stimulated by only three things; Coffee, sunshine and women. I have to be careful of too much caffeine as it makes me bobbly eyed. I once had an espresso to which I added a few tubs of caffeine concentrate at a roadside diner. I thought I was hallucinating! With sunshine I used to get nasty sunburns but now have developed the good sense to seek shade before I regret the exposure. My fascination with women however, continues to confound me. Visually beautiful and behaviourally unique, the female sex will forever stimulate my imagination. Fortunately my parents taught me the advantages of willpower. https://www.youtube.com/watch?v=Uc0x7xOap4I

Our economy sometimes needs to be stimulated with various banking or government initiatives. I know nothing of finance at this global level. Whenever I hear economists talk about a stimulus package I can’t help but think of the macabre experiments we students did on frogs, using electric impulses to get their wee legs to spasm. I saw an infomercial the other day that promoted a product that stimulated your leg muscles so you could improve circulation, get out more, and, as the visuals showed (wink, wink), maybe walk your dog with that fine looking neighbour you’ve seen pass by your front porch.

Many video games I find overstimulating. I remember the first time my son asked me to try Tetris. Wow! The music, the colours, the pace put me into a hyper state and I never played again. That was back in the early days of computer graphics, now the virtual reality simulators can allow you to feel like you are actually climbing a mountain or racing a car! Interesting word, Simulator: It is Stimulator without the T. Perhaps a definition of simulate could be: lacking the truth.

I have read there is such a thing as an addictive personality. I suspect it is in your body’s chemistry and I’m glad I don’t have it. During my time in university there were many drug temptations, but I  eschewed stimulants as my thoughts were always busy anyway. My desire was to be in control, so I was afraid to get high on artificial substances. I was called a Square for not doing drugs, but I learned to live with the label. Instead of chemical tripping, I got off on the variety of dating choices on campus.

In my career as a special education teacher I often had students labelled as ADD/ADHD. These children would sometimes take medications like Ritalin to give their particular brain chemistry a stimulus. In the right dosage this drug made a huge difference to the success levels of many in my classes. I have to shake my head though when I read stories of university students who take non prescribed methylphenidate  along with caffeinated beverages to be ‘up’ for exams.

I never want to be assimilated by a fictional Borg. Resistance to stimulation is never futile since it keeps me from being manipulated. A pretty woman however, is another story.  https://www.youtube.com/watch?v=3KFvoDDs0XM

These blog postings are a way to stretch my thoughts, heal my wounds, offer an opinion and record my passage. I take joy in words and the powerful visions they evoke. I'll be faithful in sending out a piece every Monday. I see life as a celebration. Like all humans I am complex. I am naturally an 'Awelogist' (this is a philosophy of my own creation, itself a work in progress). Let me know what you think by clicking on the site button. For other daily writing burps (or farts), visit my tweets @wh0n0z and join in the growing new wordpuzzle craze called #levidrome. View all posts by catchmydrift.blog

2 thoughts on “Re: Stimulate”